As we get ready to usher in the twenty-fourth Winter Olympic Games this February, we are thrilled to have welcomed an Olympic legend to our virtual stage – Lindsey Vonn. With 82 World Cup wins, 20 World Cup titles, 3 Olympic medals, and 7 World Championship medals, Lindsey Vonn holds the distinction of being the greatest female ski racer of all time. Known for her poise, perseverance and incredible athleticism, Vonn broke down barriers for athletes around the world and redefined what it meant to be a female ski champion.

As told in her new memoir RISE: My Story, Vonn shares the fascinating story of the sacrifices and bold decisions she had to make to go from her small Minnesota hometown where she started skiing at age 2 to a larger-than life career in the public eye. She talks about the highs and lows she has endured over the years from her stunning Olympic debut to the high-speed crashes. As she reports on this year’s Olympic Winter Games for NBC, Vonn continues to raise the profile of female skiers while also being an inspiration for other athletes who reject the limits and expectations others have placed on them. Vonn’s triumphant story will remind all of us to never give up on ourselves or our dreams.

Lindsey Vonn is an Olympic gold medal-winning alpine ski racer who competed for the U.S. Ski Team. The most decorated female skier of all time, she holds four overall World Cup titles and is one of only six women to have won World Cup races in all five disciplines of alpine skiing. She was also an NBC news correspondent during the 2014 Winter Olympic and is the founder of the Lindsey Vonn Foundation, which works to empower and enrich the lives of girls and young women. She lives in Park City, Utah. 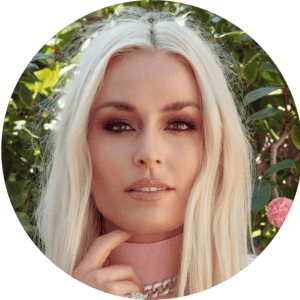